"The only reason I'm alive is to uplift and serve." 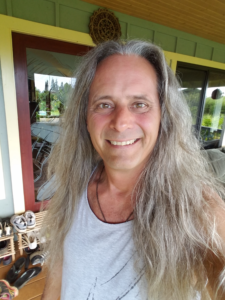 Joe is a deeply passionate and actualized man. He has dedicated his life to the service of All Life - as is evidenced in his body of work.

I live my life in a continuous exploration into the depths of the human/spiritual experience. I am constantly looking for, and exercising, ways of bringing peace, love and harmony into this world.

I do this not only for my own life, but for all life as well. 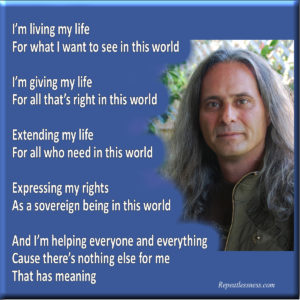 After many years of contemplating my several death experiences, I came to ask myself these two questions:

"Why are we here?"
- and -
"What function do Humans serve here on the planet?"

I thought to myself, "Everything that's here on Earth serves a purpose; every microbe, every mineral, every element, every life form. Everything in this biosphere has a function. So, what is the function of a Human?"

The only thing I could come up with that seemed reasonable, was that as a Human being, for me, the reason I'm here... the function I serve... is to uplift and nurture all life. All life.

So, I'm here to do whatever I can to make things the best they can be for everyone and everything.

I mean, after dying and coming back several times, it seems like it's the least I can do for being given the grace and the gift of returning back to this body and this life.

I'm the bestselling author of:  REPEATLESSNESS - An Owner's Manual for the Human Mind

My main talent in life is assisting people in deeply examining all the aspects of their perceptions and their beliefs about their lives in order to help them discover, and then empower, their true authentic self.

Recently, I was honored when my book was chosen by Spirit Science as one of the Top 5 Spiritual Books That Will Change Your Perspective of Reality.

It truly is an honor to have this part of my life's work recognized in this way. 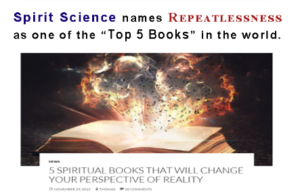 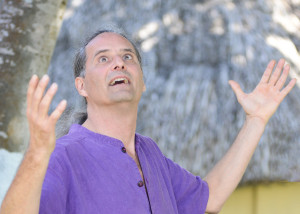 Through video lectures and classes I share all of my research, findings and knowledge for free.

I live primarily on contributions and donations from my viewers who feel they have received value from my sharing.

My most recent video lectures are called:

These are inspiring heartfelt lectures of deep consideration, laughter and tools to help you truly stand in your genuine, authentic self. I discuss the subtler inner workings of self-awareness as well as my latest understandings on the current human condition. 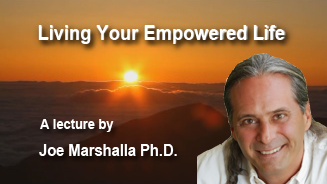 After 14 weeks of touring and sharing a lecture called, “The Six-Fold Path,” I finally finished editing the filmed version of this lecture and it is now available for viewing. 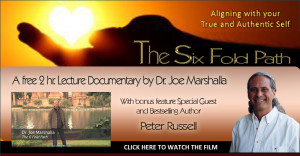 This two-hour presentation examines the unquestioned beliefs and memes that govern our perceptual reality and then provides real world activities to free one from these hindrances.

The film includes a special bonus and impromptu conversation between me and world renowned physicist, bestselling author and filmmaker Peter Russell. 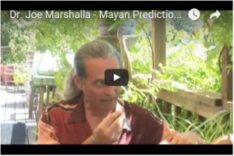 Another power video is an the interview I finished for Discovery Channel Producer and Filmmaker Tom Martens for his film called, “Mayan Predictions - Truth or Reality."

This 38-minute interview cuts to the chase and really offers some new insights on the subject. You may view the full interview at: http://youtu.be/KRPbVVdOaXY 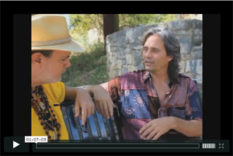 “A Conversation with Joe”

This interview documentary covers a multitude of topics including the meaning of just about everything. http://vimeo.com/34984562 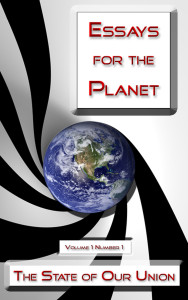 My latest writing is a series called, “Essays for the Planet” where I discuss the absolute quintessential understandings required to sustain human life on the planet… https://repeatlessness.com/get-your-freebies-here 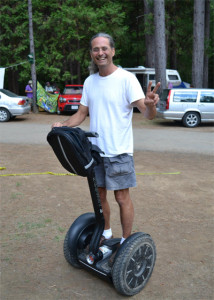 If you haven't read my book, "Repeatlessness - An Owner's Manual for the Human Mind" I invite you to do so.
Here's the first chapter if you're interested:

Thank you all for loving me and supporting me in the ways that you do. I will continue to use my life as a vehicle to uplift all life on the planet.

In other people's words (short)...

Dr. Joe Marshalla is a true public servant that has spent his entire life assisting one cause or another. From starting the first public school recycling program in Illinois at age 11, to saving whales, rainforests, and old growth forests, to closing a nuclear power plant, starting food co-ops and stopping water fluoridation in multiple cities, as well as other social concerns, he has dedicated his life to promoting sustainable practices, and to protecting people and the environment. His social movement skills came to international attention from being one of the founders of, and the campaign director for, the SHAKA Movement.

Joe Marshalla Ph.D. is a leading expert on the development of human personality and its perception of reality. Beyond the scope of his psychological, philosophical and integrative health expertise, he is also an expert project coordinator with over thirty years of experience in educational event planning, video production, music production, concert production/promotion, business consulting, corporate training, publishing, marketing, course creation and television production. He is also a performing artist, teacher and lecturer with over 1800 performances, lectures, seminars and presentations to his credit, and he is best known for his bestselling book, Repeatlessness – An Owner’s Manual for the Human Mind, which was recently chosen as one of the “Top Five Books in the world to help change your perception of reality” by Spirit Science.

Dr. Marshalla is featured in over 20 documentary films and lectures. His teachings have been viewed by over 20 million people worldwide and he is recognized as one of the visionary consciousness leaders of our time. Dr. Joe is a living example of what one person can do while in the service of others, and he continues to live his life finding and implementing inner and outer environmental solutions for all of humanity.

In other peoples words (long)...

Joe is a deeply passionate and actualized man. He has dedicated his life to the service of all life as is evidenced in his body of work.

His spiritual, philosophical, scientific and psychological explanations and insights on the current human condition are like no other in evidence today. His thoughts and models provide an overview of the current evolutionary transition upon us, and assist one in finding and applying their contextual authentic expression within, with and to the self and the extended self of humanity.

He’s been described as a living genius, legend and visionary. He has been awarded and given many accolades and honors.. yet he likes to think of himself as the average Joe.

He's responsible for discovering a new law about our reality called The Law of Repeatlessness that supersedes and governs all other laws within our perceptual, psychological and spiritual reality. As a result of this law, his subsequent conclusions and explanations about life in relation to modern thought, psychology, philosophy, spirituality and quantum physics is to the best of our knowledge, unparalleled.

With over 21 million people following his work, Dr. Joe has found a note that everyone can sing. His only agenda is finding every possible avenue of expression to bring us all together, at least in thought, so that we may converse and interact in balance within ourselves, with each other and with all of life in the environment.

His work is to find and then convey the fundamental, quintessential understandings required to assist in the transformation of our species. He rigorously studies all current emerging patterns in our behavioral schematics as a species, and then applies the current scientific, philosophic, anthropological, and spiritual understandings he’s gleaned from a lifetime of committed study with each of the sciences and philosophies, as well as his unique perspective due to his death experiences.

He write books, produces videos, creates tools, participates in public forums and public actions and spends every waking hour assisting everyone he can to truly understand themselves and each other.

Dr. Marshalla's Poly-Synaptic Equilibration Techniques (The P-SET Method), as featured in his Empowerment class, is the cutting edge of psychological/spirituality in relation to quantum physics, psychology and philosophy. With thousands of graduates, it is being adopted by individuals and professionals around the globe.

He has developed several unique courses for the public including Empowerment, Relationship vs. Union, and Conscious Parenting. His corporate classes include Quantum Learning Techniques (QLT), Visual Graphic Reading (VGR), and Motivation vs. Inspiration, which have been taught to Fortune 500 companies and college campuses around the nation.

He authored the internationally best selling book Repeatlessness - An Owners Manual for the Human Mind. In his book, Dr. Marshalla integrates what all the religions, philosophies and modern thoughts have in common with all the latest in quantum physics, spirituality, philosophy, biochemistry and psychology.

Dr. Marshalla is one of our living geniuses. His work is simple to understand, yet truly amazing. It is a perfect synthesis of all the sciences, philosophies, psychologies and spiritualities. He has been lecturing, counseling, coaching and teaching for over thirty years.

He has spent his entire life as a student and teacher. He is now considered to be and is sought after as an expert in the biochemistry of psychology and perception, the neurology of spirituality, the biochemistry of nutrition and the synthesis of quantum physics into spirituality. He has studied with, worked with and is endorsed by, some of the greatest minds in the world.

He considers himself a "Wholosopher" (whole-osopher). He firmly believes in and teaches Wholosophy, which is the incorporation and integration of every aspect of our perception of existence into the whole of who we are. This affords one the opportunity to be whole, complete, in symbiotic relationship to the oneness of everything, and truly holistic.

His discovery of the "Law of Repeatlessness" and its application in our daily lives has catapulted him into being internationally recognized as a leading world authority on the subject.

He is honored globally for his efforts and continues to grow and expand his awareness each day.